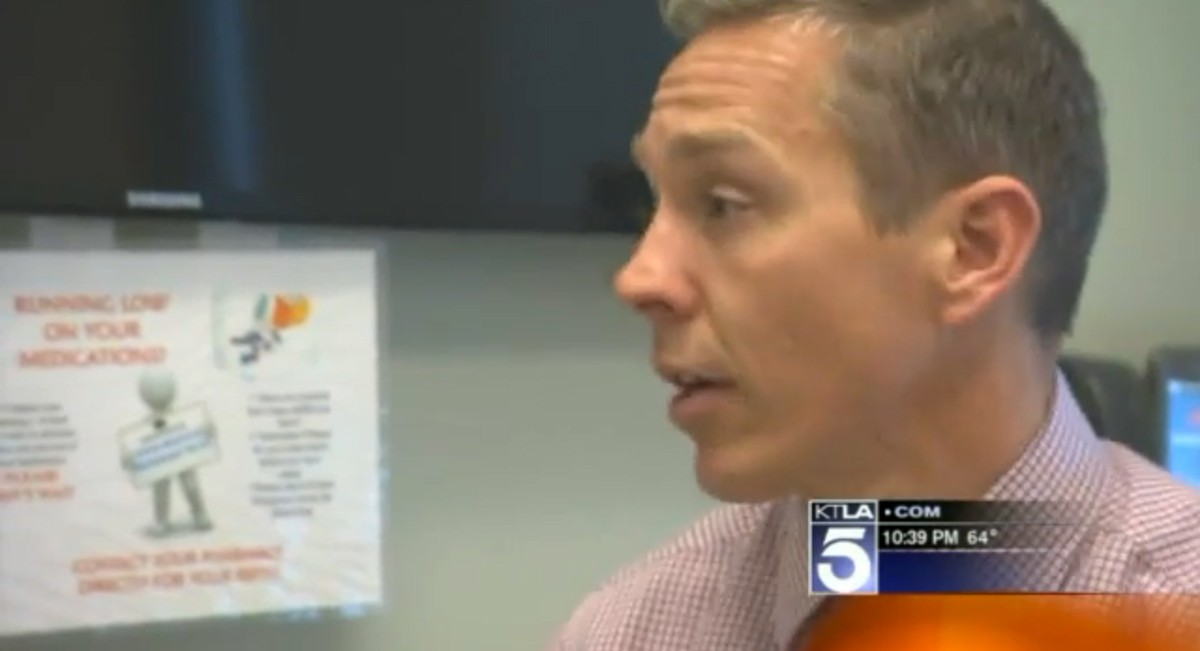 Former publicist to the stars Nanci Ryder was diagnosed with ALS in August of last year. Ryder co-founded BWR Public Relations more than 30 years ago and for the past three decades, she represented Hollywood’s elite, including Reese Witherspoon, Renee Zellweger and Leonardo DiCaprio. She stepped down from her position after losing her voice because of the disease. Now, instead of answering questions about her clients, she’s answering questions about herself.

We met Ryder and her physician Dr. Robert Baloh at Cedars-Sinai Medical Center in Los Angeles and discussed the debilitating disease and how she’s dedicating the rest of her life to raising awareness and finding a cure.

Writing on an electronic board, Ryder said she feels fine and is not in any pain.

“Nanci’s problems are almost entirely in her tongue and her voice,” said Baloh, who is the director of neuromuscular medicine at the hospital. “It’s a very unique type of ALS. To be localized just to that one spot is very unusual. If it stays there, that’s the best type of scenario.”

“What that means is that one set of neurons in the brain, in the spinal cord, starts to degenerate or die,” said Baloh, who spends four days every week researching the disease in his lab, working to find new treatments and ultimately a cure.

“We are shifting a lot toward gene therapy approaches, stem cell approaches,” Baloh said. “We can take a piece of skin or blood from a patient like Nanci. We can test it in a dish in the laboratory, turn it into motor neurons, which are the type of cells that aren’t working, and we can test drugs on them. We call it the ‘Avatar’ project, so we have a little version of her sitting in a dish that we can test drugs on.”

Every Wednesday, Baloh and a team of other healthcare providers meet with ALS patients, like Ryder, and answer questions about the disease.

“We have what we call a multidisciplinary clinic,” he told KTLA. “The idea is that we have physical therapists, speech therapists, pulmonologists, neurologists, a whole team of clinicians that can provide care for patients depending on the biggest problems that they’re having.”