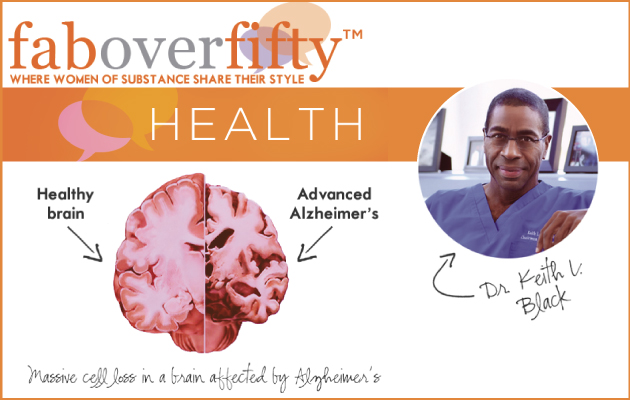 Are your little memory lapses really as innocuous as your doctor claims?

Let’s say you’re 55 and learned today that you’d definitely live to be at least 85. That would be pretty good news, right? But what if you learned, at the same time, that you’d positively be in the 47 percent of the population over 85 that gets Alzheimer’s disease. Not such good news, you say.

Dr. Black: Dementia is the big circle. It’s a characterization of laws of cognitive function from a number of different causes, including vascular dementia (micro strokes that can occur as we age); dementia related to other diseases, like Parkinson’s, which has a dementia component; frontotemporal dementia (reduced function in the brain’s frontal and temporal lobes, which control planning and judgment; emotions, speaking and understanding speech, and certain types of movement); dementia from metabolic states, such as a metabolic imbalance, which is caused by heavy metal intoxication, to dementia caused by Alzheimer’s. Of the entire bucket of dementias, the most common is Alzheimer’s, which makes up about 70 percent of people with dementia.