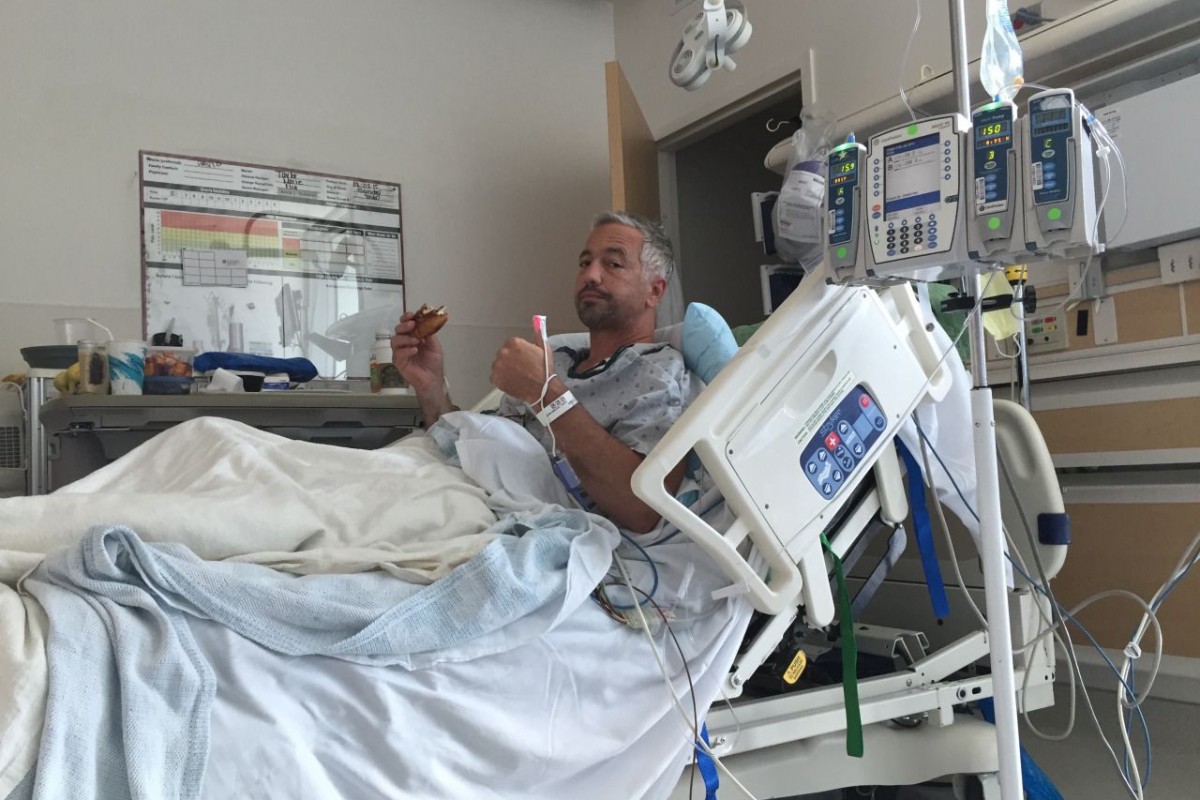 David Williams, MD, has been researching cerebral venous thrombosis since he’s been out of medical school. Little did he know the condition would affect him on a much more personal level.

As coincidences go, this was a doozy.

It’s late July of this year and David Williams, MD, a 44-year-old emergency medical physician living in Maui, is boarding a plane to Los Angeles, where he periodically comes to work and teach at the University of Southern California.

But by the time he arrives in LA, he’s not feeling great. He had picked up the rhinovirus from one of the kids he treated back in Maui, and he’s tired from having worked 14 shifts in 17 days. He decides to sleep it off and plans to hit the beach in the morning. He’s a surfer and the waves are supposed to be big.

At 11 p.m., he is struck with what he describes as a “thunderclap headache”—a pounder so severe he can hardly walk or see—and starts vomiting uncontrollably. He knows something is wrong with his head—maybe it’s an aneurysm? A tumor?—and he feels around until he finds his iPad. He is somehow able to FaceTime his fiancé, who hightails it over and drives him to Cedars-Sinai Medical Center. It’s a 20-minute drive from his home in Venice Beach, but at this time of night they do it in 10 (the one time LA traffic works in his favor).

A nurse Williams worked with years ago at a county hospital happens to be in the triage area that night. “Ddubs, you look like crap,” the nurse tells Williams.

They do a CT scan. Negative—no head injury. Because Williams had been exposed to several tropical diseases while treating patients in Hawaii, an infectious disease specialist is called in. The specialist thinks Williams may have meningitis, and he orders a spinal tap. The spinal tap rules out meningitis and other infections, but shows significant cranial pressure—and that’s when the fear and horror set in.

“At that point I knew it was an aneurysm or a clot, and I said to the infectious disease doctor, ‘Listen man, we need to fire up that MRI machine immediately. My life depends on it,’” Williams recalls to Yahoo Health.

The MRI images confirm that he has a potentially fatal disease called cerebral venous thrombosis—and no one is more surprised than Williams. The doctor had been researching the condition for 15 years, ever since his first year out of medical school when he treated a pregnant woman suffering from CVT at a local community hospital.

Cerebral venous thrombosis, also commonly referred to as cerebral venous sinus thrombosis, happens when a blood clot forms in the brain’s venous sinuses, blocking blood from draining out of the brain. It’s very rare —only around three to four people in one million get one each year, and it’s three times more common in women, according to a study that appeared in the American Heart Association journal Circulation, with pregnant women and women taking birth control pills being particularly susceptible. Other risk factors include obesity, thrombophilia (a fairly common blood clotting disorder), and being under 40 years of age.