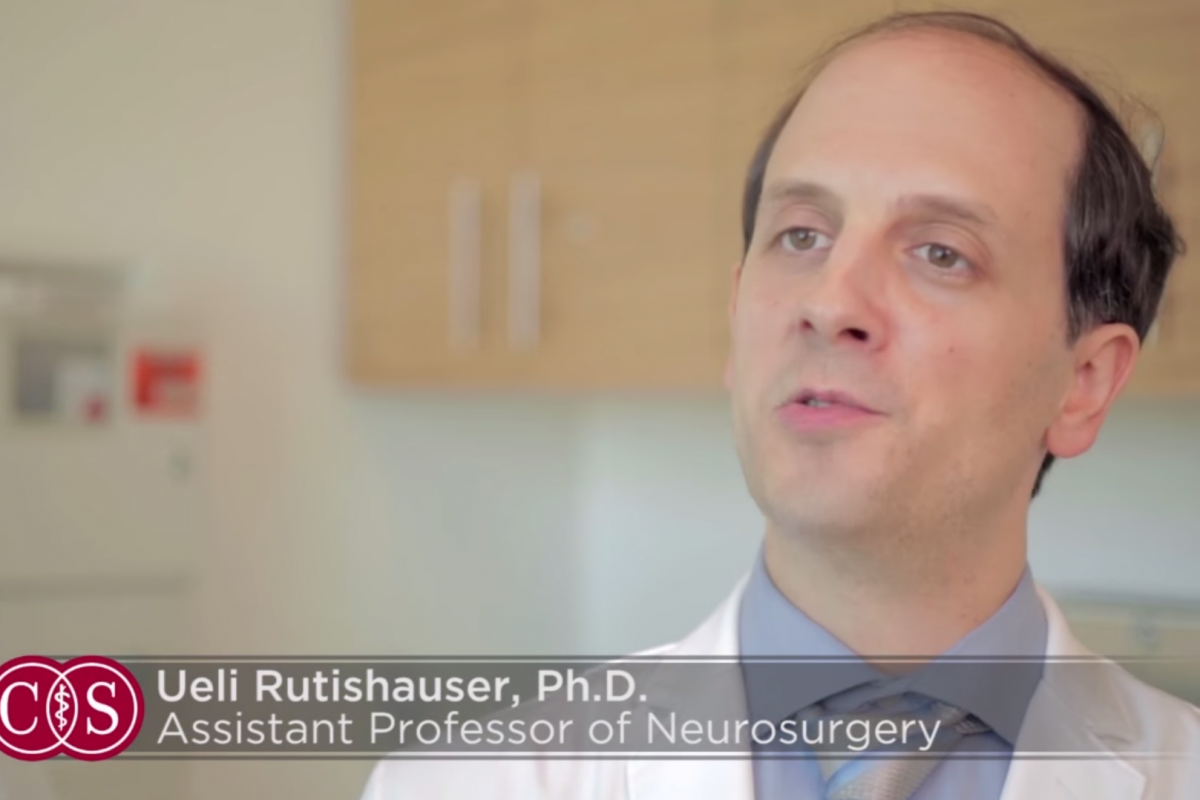 LOS ANGELES (JUNE 8, 2015) – The witness on the stand says he saw the accused at the scene of the crime. Is he sure? How sure? The jury’s verdict could hinge on that level of certainty.

Many decisions we make every day are influenced by our memories and the confidence we have in them. But very little is known about how we decide whether we can trust a memory or not.

A new Cedars-Sinai study provides some of the answers. Researchers have identified a unique set of neurons in the medial temporal lobe, an area of the brain where memories and memory-based decisions are processed. They show that the activity of these neurons is indicative of the confidence by which a memory will be retrieved. Findings are published in the June 8 online issue of Nature Neuroscience.

“The mechanisms that help us make confidence judgments about a memory-based decision are poorly understood, but we know they are impaired by many different diseases and disorders,” said Ueli Rutishauser, PhD, assistant professor of neurosurgery and director of human neurophysiology research at Cedars-Sinai, the article’s lead author.

Some people with amnesia, for example, are overconfident in their decision-making, while others are aware of their poor memories and are able to weigh their judgments accordingly. To start developing treatments for amnesia, researchers need to understand the brain’s ability to assess the quality of memories, which is a key component of the memory-making and retrieving process, added Rutishauser, a research scientist in the   Neurosurgery Department and Neurology Department.

“Because memory and judgment processes impact our everyday lives, we want our confidence level to be an accurate reflection of reality,” he said. “This study has given us a better understanding of the way certain neurons influence memories, confidence in those memories and decision-making.”

Recording the electrical activity of 1,049 individual nerve cells, the researchers discovered differences between two groups of neurons in the brain’s medial temporal lobe. One group – visually selective cells – simply reports what is being seen, such as a car, a tree, a dog or a house. These neurons give a running commentary on the environment, but they only respond to stimuli, regardless of whether or not the individual has seen an object before.

The key finding was that the strength of the familiarity and novelty neurons’ activity was proportional with confidence: the larger the increase in activity, the more confidence people expressed that their decision was correct. By correlating strength of signals to patients’ responses, the researchers gained insight into the formation of memories and the way people perceive them.

“Our study shows for the first time that visually selective cells are not influenced by memory. In fact, they are functionally and, we believe, anatomically distinct from memory-selective cells,” said Adam Mamelak, MD, senior author, professor of neurosurgery and director of functional neurosurgery in the Neurosurgery Department.

“Defining these differences is important because it may help us target one cell but not another. We currently have no treatment to offer for failing memory, but as treatments are developed, we will want to be extremely selective in which neurons are stimulated and which are not.”

Patrick Lyden, MD, chair of the Neurology Department, and Keith Black, MD, chair of the Neurosurgery Department, said the findings are a significant advancement that could only be accomplished through the combined efforts of neurology and neurosurgery clinicians working closely with neuroscientists. The other vital ingredient, they said, are patients who volunteered to extend the frontiers of science.

Twenty-eight patients with epilepsy took part in the study. They were hospitalized for diagnostic procedures, including implantation of deep-brain electrodes to precisely locate the source of seizures. This gave investigators the rare opportunity to observe the electrical activity of individual brain cells while patients performed a recognition memory test, identifying sequences of images as seen before or not, and rating their confidence in their choices.

The Cedars-Sinai Department of Neurosurgery, the National Institute of Mental Health Conte Center at Caltech and the Pfeiffer Research Foundation provided funding.